sunshine granite memorials was established in the year 2009 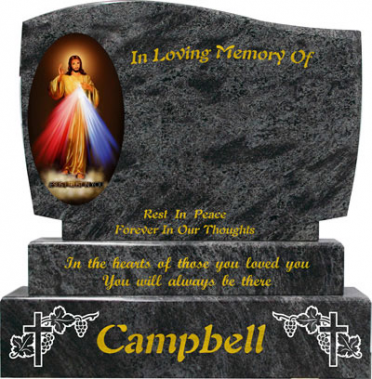 A distinctive Insular tradition of erecting Irish Celtic cross Headstone monumental high crosses began by the 8th century. Inspiration for Celtic cross memorials crosses came from earlier versions created from wood while some were faced in metalwork. A variety of 'Celtic' crosses bear inscriptions in ogham: an early medieval alphabet.

Standing crosses in Ireland and areas under Irish influence tend to be shorter and more massive than their Anglo-Saxon equivalents, which have mostly lost their headpieces.

Irish examples with a head in Celtic cross form include the Cross of Kells, Ardboe High Cross,  which may be the earliest to survive in good condition.

Popular legend in Ireland says that the Celtic Christian cross was introduced by Saint Patrick or possibly Saint Declan, though there are no examples from this early period. It has often been claimed that Patrick combined the symbol of Christianity with the sun cross to give pagan followers an idea of the importance of the cross. By linking it with the idea of the life-giving properties of the sun, these two ideas were linked to appeal to pagans. The cross on top of the circle represents Christ's supremacy over the pagan sun.